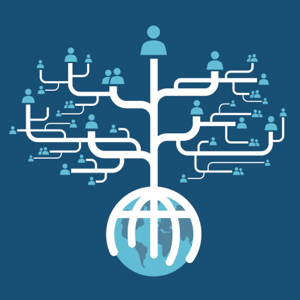 SDNs aren’t ready for prime time – yet. But IT execs need to understand the benefits of this radical shift in network technology.

Software-defined networking (SDN) is an umbrella term encompassing several kinds of network technology aimed at making the network as agile and flexible as the virtualized server and storage infrastructure of the modern data center. The goal of SDN is to allow network engineers and administrators to respond quickly to changing business requirements. In a software-defined network, a network administrator can shape traffic from a centralized control console without having to touch individual switches, and can deliver services to wherever they are needed in the network, without regard to what specific devices a server or other device is connected to. The key technologies are functional separation, network virtualization and automation through programmability.

The SDN architecture can be explained as:

There is no doubt that SDN can potentially provide very significant value to IT organizations. There is also no doubt that in the current environment SDN is only appropriate for early adopters. Given the immaturity of the current products, standards and APIs, any IT organization that is looking to implement SDN in the near term should only do so in a somewhat limited manner, such as implementing SDN for a very specific use case. In addition, given the embryonic state of the market, the interoperability of products that claim to support the same SDN related standards cannot be assumed so IT organizations should only work with vendors that have demonstrated a high level of interoperability.

However, given the combination of the huge investments that vendors are making, combined with the ongoing spate of acquisitions, the SDN landscape will likely change notably over the next 12 to 18 months. IT organizations can expect an ongoing series of announcements both in terms of new products, new or enhanced protocols and further proof of interoperability. IT organizations can also expect that the basic building blocks of an SDN, such as the enabling protocols and APIs, will stabilize. Assuming that all of that happens, there are two events that have to occur in order for SDN to go from being strictly for early adopters to being ready for the mainstream market. One is the availability of functionality that enables IT organizations to effectively manage this new form of networking. The second is the availability of a wide range of applications that leverage the centralized control inherent in most forms of an SDN and which answer the question that all senior IT managers will ask: “Why should we spend our resources on SDN? What exactly are the benefits?”