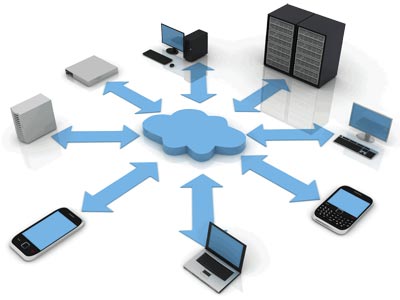 In computing, virtualization refers to the act of creating a virtual (rather than actual) version of something, including virtual computer hardware platforms, operating systems, storage devices, and computer network resources.

You probably know a little about virtualization if you have ever divided your hard drive into different partitions. A partition is the logical division of a hard disk drive to create, in effect, two separate hard drives.

Operating system virtualization is the use of software to allow a piece of hardware to run multiple operating system images at the same time. The technology got its start on mainframes decades ago, allowing administrators to avoid wasting expensive processing power.

Other vendors in the server virtualization market include Citrix Systems, Red Hat and Oracle. Citrix XenServer is the primary platform for 3% of organizations, according to the survey. Neither Red Hat Enterprise Virtualization, which uses KVM technology, nor Oracle VM, which is based on the open source Xen hypervisor, crossed the 1% mark.

VMware offers two hypervisors: ESX, its traditional product, and ESXi, a scaled-down hypervisor that is available in a free version. The hypervisor is just part of VMware’s overall server virtualization platform, vSphere, which replaced Virtual Infrastructure in April 2009.

With the release of vSphere 4.1 in June 2010, VMware said it will only update ESXi going forward. This news led to some ESX vs. ESXi debate, but most users realized they would have to move to ESXi eventually.

Microsoft entered the server virtualization market with Virtual Server 2005, but it wasn’t until the 2008 release of an all new hypervisor, Hyper-V, that the software giant began to pick up steam. The Hyper-V R2 release in 2009 added Live Migration, Cluster Shared Volumes and other features. And the March 2011 release of Hyper-V R2 Service Pack 1 added Dynamic Memory, Microsoft’s answer to VMware’s memory overcommit feature.